This is my submission to the  Godot Wild Jam #31 (Theme: Something's Missing)

A simple and fun puzzle-platformer about a tiny battery in a power plant that just lost power.

The thing that is missing in the game is, you guessed it, POWER.

Your job is to explore the plant, find a way to turn the power back on, and find a way out.  The machines in the plant need power to run, as a battery you can provide that power.

Just make sure you don't end up a dead battery

Nearly every level has a hidden socket.

See if you can find every one.

-There may be some minor audio glitches/delays in the web build of the game (ESPECIALLY in Google Chrome) If issues persist please try an alternative browser or feel free to download and play the game.

This game is amazing!

You can polish it up and it would be a great game if it had some more mechanics.

Hey congratulations for the win it is deserved! Here is my feedback.

Pretty original graphics for a jam, they are clean and quite polished too. I had some little glitch I think, weird white particles appearing and disappearing on those platforms, and those rectangles I can’t see on your gif (using the web version) 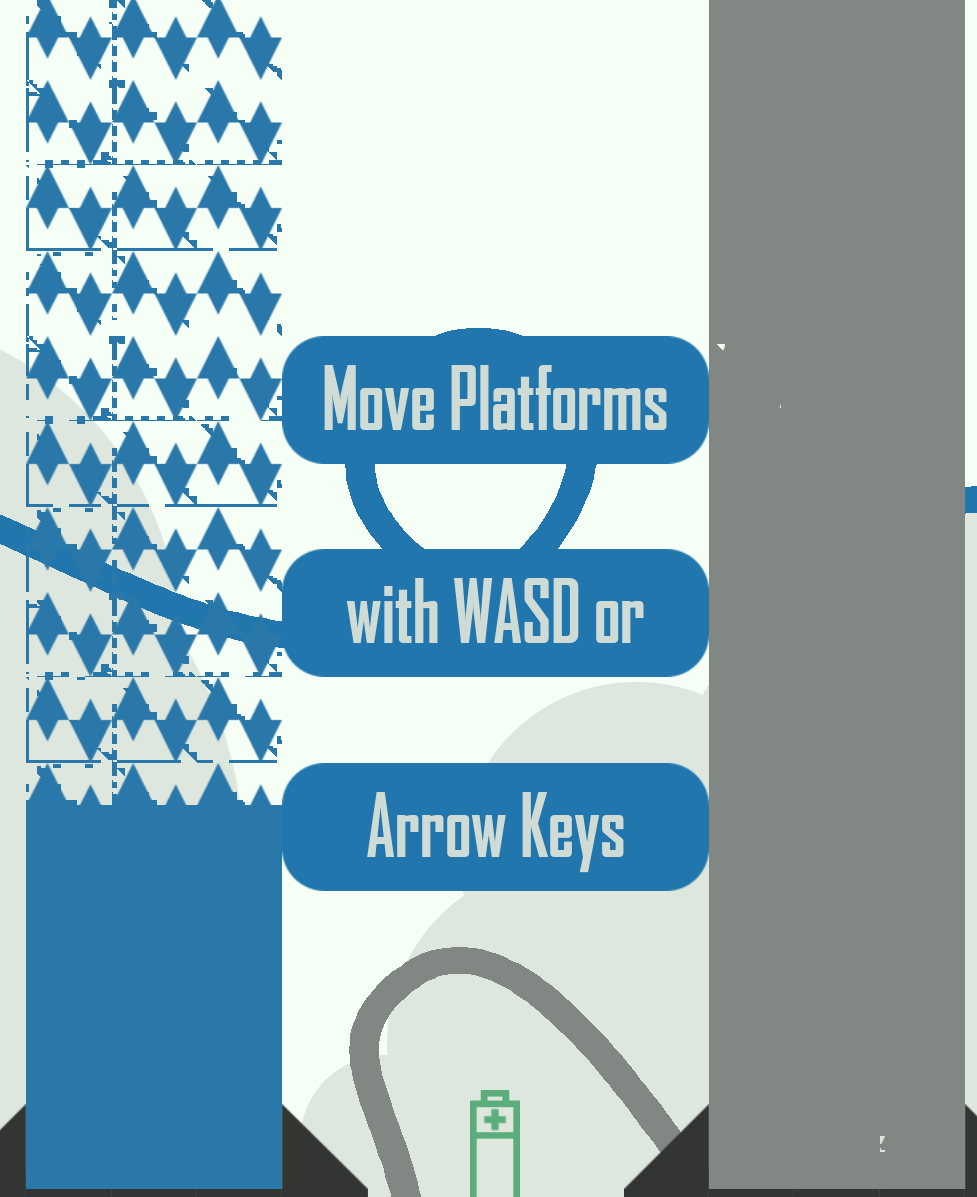 I’m not sure the mechanics really fit the theme apart from the battery missing from the machines.

The level design is pretty good, the appearing texts is a nice touch.

Nice use of physics with the blocks and machines. The controls are well-implemented (coyote time etc) though there’s no fancy abilities like a dash, double jump, … I mean it’s ok since the focus is more on the puzzle.

Did you make the music also? It fits the theme quite well and it’s a bit spooky too. The lack of sounds isn’t too disturbing (it could be annoying when you’re trying to think)

Also no reward for finding all secrets ̶s̶o̶ ̶y̶o̶u̶ ̶g̶e̶t̶ ̶0̶/̶1̶0̶ It was a nice idea to make the player do a second playthrough because I had found none during the first!

Oh by the way during the voting period of every GWJ I do one or two playtesting streams so next time you participate feel free to send me your game if you want it to be included for feedback!

Will do, thanks for the info and the great feedback 🙂

This was great! Brilliant use of the theme, and it was relaxing to play. The controls felt tight, the little speech bubbles were cool and the puzzles were clever. I didn't encounter any game breaking bugs, but think I found a secret plug in point on the first jumping level? I must admit the opening menus impressed me, I should put more effort into the menus for my games next time